Where to Shop Now? Interview with Co-Founder Mike Kirby 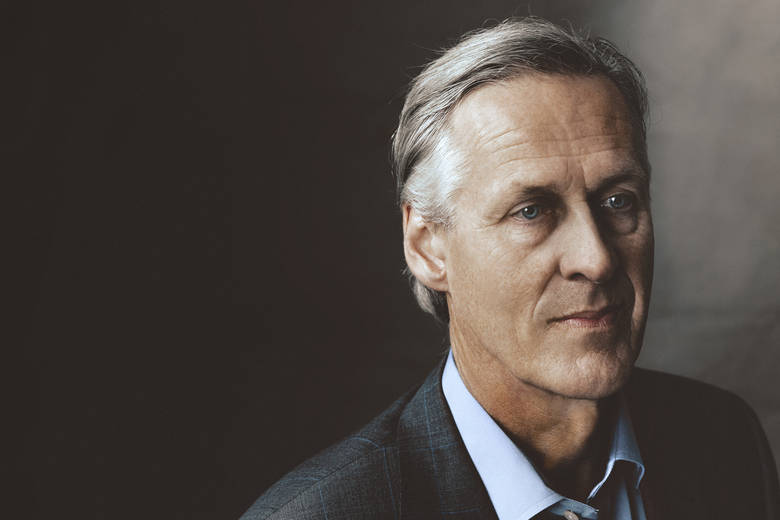 Green Street has an outstanding long-term record. Its Buy recommendations have returned 23% annually since 1993, against 11% for all companies in its coverage universe and 1% for its Sell choices. Kirby, 56, has been interviewed several times by Barron's, mostly recently in 2013, when he offered a bullish assessment of REITs. In a recent interview at Barron's office, he discussed REIT valuations, the controversial mall sector, the New York commercial real estate scene, the hot unicorn WeWork, and a trailer-park operator.

Kirby: The bad news is REITs have underperformed pretty substantially this year relative to the Standard & Poor's 500. [REITs have returned an average of 5%, against 21% for the S&P 500, including dividends.] The good news is that REITs are more attractively valued. On a relative basis, they are more appealing than at any time in the past 12 years based on projected adjusted funds from operations, or AFFO.

AFFO is a more conservative cash-flow measure than the industry standard, funds from operations, or FFO. What does it adjust for?

Capital expenditures are a big expense for many REITs, and AFFO accounts for that. REITs are trading at 21.6 times forward AFFO, and the S&P is around 18.2 times forward earnings. That's a gap of three points, as opposed to the five- to six-point gap that existed during most of the past decade. REITs also look attractively valued versus bonds -- both investment-grade corporates and junk bonds. REITs aren't a screaming buy, but valuation is on the cheap side. We see AFFO growth of 6% in 2018, and 7% in 2019.

What kinds of returns are possible?

It's hard to say for next year. But for a buy-and-hold investor, a 6% to 7% annual total return, including dividends, is highly plausible. The sector dividend yield is about 4% now.

Malls have been a controversial sector. The stocks were crunched earlier in the year, mainly due to the threat from online retailing. But the group has rallied lately on a sudden spurt of deal activity in the mall sector. What are the longer-term implications?

All of a sudden, we are starting to see a flurry of activity in the space that should afford a better understanding of what malls might be worth now that Amazon.com [AMZN] rules the earth.

Brookfield Property Partners [BPY], the large Canadian real estate firm, has made an offer now worth about $22.50 a share to buy the 65% of GGP [GGP] it doesn't already own. That offer equates to a blended cap rate of about 5.9% and translates into a 15% discount to our net-asset-value estimate of $26.75 a share. [A cap rate is the unleveraged return on a mall or other real estate asset. The lower the cap rate, the higher the price.] Despite the discount, it has been tough to dismiss the offer as too low, due to the lack of recent price discovery. As a result, the smart-money bet was that Brookfield would up the offer a bit, and GGP would accept. Those betting odds changed this past week, however.

Yes, Unibail is Europe's largest mall company, and is good at what it does. Westfield is one of the world's savviest mall owners, with an impressive portfolio of malls in the U.S. and the United Kingdom. The pricing of this deal is notably richer than the offer on the table for GGP, as the implied cap rate on Westfield's U.S. mall portfolio is somewhere in the high-4% area. Details are a bit sketchy, but it appears Westfield garnered a small premium to the value we ascribe to its U.S. portfolio. As a result, Brookfield will have to increase its offer for GGP substantially -- probably to a number in excess of $26 a share. It remains to be seen whether that is something they will do. The odds had been high that GGP would get sold in the near future, but now it looks to be more of a coin toss. Downside for GGP is in the $21-a-share area; upside might be $27 a share. So the stock is fairly valued at a current $23.35. We rate it Hold.

Macerich [MAC] and Taubman Centers [TCO] have attracted activist investors. What do you think will happen?

Some of these activists have been known to play rough. Odds are quite high that both companies will be sold in the next few years, and the market isn't doing a good job of handicapping the situation. At $66.50, Macerich trades at only a modest discount to what we believe its takeout price might be, which seems appropriate given the likelihood of an eventual change in control. By contrast, Taubman's share price of $63 represents a big discount to the $85-$90 price that it likely would garner in a sale. The Westfield deal terms suggest that Taubman is worth a cap rate below 4.5%, yet the stock currently trades at a 5.2% cap rate. That implies that Taubman has 30% upside from here. Although it might take a while to cash in those chips, you're getting a dividend yield of 4% while you wait. This isn't our favorite management team, but governance has improved, and Taubman might be the cheapest stock in our coverage universe.

It's hard to talk about malls without discussing Simon Property Group [SPG], the blue chip in the sector. What is the outlook for Simon?

Simon operates in a class by itself. The company has been doing a fine job of navigating a tough environment. It has generated 3% growth in net operating income in each of the past couple of years, and we expect AFFO growth of about 5% next year. It trades at an implied cap rate of 6%, the highest among its quality mall peers, which makes little sense considering Simon is the best of the bunch. We expect that Simon will play a role in some of the consolidation activity ahead, but it will likely stay clear of the GGP situation. We rate Simon a Buy at $166 a share, as it is easy to envision the company delivering total returns in the high-single digits for years to come. The stock yields 4.5%.

SL Green and Vornado trade at a discount of around 20% to net asset value. Private investors have been willing to pay low cap rates for Manhattan office buildings.

Yes. The marginal buyers these days tend to be foreign, such as sovereign-wealth funds focused on only a few key markets. They tend to pay rich prices without ever exploring the alternatives elsewhere. They are overpaying in New York, where the fundamental outlook isn't that great. There is more supply coming than we have had in many years. The city went 20 years without any net additions to supply, but now supply is growing by about 1% a year.

While that isn't a huge number, New York has never been a really fast-growing market. The demand drivers in New York aren't that great these days. The asset-management business is under pressure. The media business isn't doing that great. Other demand drivers, such as tech, are healthier. But the key drivers of New York office demand are anemic now. Demand isn't negative, but it isn't in excess of the supply that is coming. So the five-year growth outlook for rents in New York is pedestrian. We're talking about a number that is the inflation rate, at best.

You mean something around 2%?

Right. You are looking at growth that isn't commensurate with high prices. The private market is willing to pay these prices; the public market isn't, and we tend to side with the public market on that. New York private-market values are overly rich on a relative basis compared with other office markets.

What do you think of WeWork, the shared-space start-up? It's a unicorn [a start-up valued at more than $1 billion] with a private market value of about $20 billion.

It is eye-opening to walk through one of their offices. People are packed in like sardines. In the past, offices had about 175 to 200 square feet per person. WeWork is something like 75 square feet. The question is, what will WeWork look like a few years from now? The bullish argument is that WeWork brings more free-lancers and entrepreneurs, who might have worked in coffee shops or at home, into office buildings.

Companies are beginning to use WeWork as an alternative to renting more office space. Our expectation is that WeWork will be a modest drag on demand growth for the office space. It isn't a big negative but one that has a high level of uncertainty.

I don't have access to WeWork's financials because it's a private company. But let's just say WeWork is valued comparably to some of the largest office landlords in the country, such as Boston Properties [BXP]. These companies own their own buildings and the land under them. The company's valuation seems like a stretch.

What are the risks facing WeWork?

The shared-space concept isn't new. Regus has been in the business a long time and has a lot more sites than WeWork, but it isn't as cool. [U.K.-based Regus is now IWG (IWG.UK).] Regus has been through cycles and is very sensitive to downturns. It has short lease lives with its tenants. In a downturn, there are no replacement tenants. The history of this business model is that it does well in a bull market, but in a bear market it could be a disaster.

Because there is a mismatch between lease terms with landlords and those with tenants?

Exactly. We understand that WeWork is signing leases with landlords in excess of five years, but it has monthly rental deals with many tenants. Now, some corporate tenants are stretching deals to a year or maybe three years. But there's still a mismatch.

A long-time favorite is manufactured-housing REITs. This business has generated consistent growth in net operating income of 3% to 5% annually over the past 20 years.

What do these companies do?

The owner of a manufactured-housing park typically leases the land to people who own the manufactured-housing units. Trailer parks used to be the pejorative term, but the industry has rebranded them as manufactured housing parks -- and many are quite nice. The landlord owns the ground and some common-area amenities like a swimming pool. The maintenance capital required is minimal. The ability to push up rents has been strong. The demographic profile for this sector is good; it's oriented to retirees headed to the Sun Belt. Perhaps the best thing about the sector is that building new parks is next to impossible, because nobody wants one next to where they live.

What are the main companies in the sector?

Equity LifeStyle Properties [ELS] is Sam Zell's manufactured-housing REIT. Sun Communities [SUI] is another. Both are well run, but I prefer Sun. It's trading around $94. It trades for a rich valuation relative to other REITs; the implied cap rate is below 5%. But its AFFO yield of 4.5% isn't too far from the industry average. For Sun's growth story and safety, it's worth paying a modest premium. The dividend yield is nearly 3%.

Learn more about our insights

The COVID-19 Era: What Every Real Estate Investor Needs to Know

Is Coronavirus the Retail Armageddon?